Growing is equal parts an art and a science. With all of the different parts of the puzzle that need to come together, there’s a lot to consider when shopping around.

At first glance, it looks like Mars Hydro have a massive range of products available. While they do have a large range, a quick look will tell you that the ‘Blurple’ series that are advertised are actually from their discontinued range.

They’ve since been upgraded, so now you can buy from two ranges on their website:

How did I come across Mars Hydro Lights?

Honestly, it didn’t take long to find Mars Hydro lights. A good quick search for good quality grow lights brings up this brand’s name, and for reasons, I’ll explore in more detail below, it’s not hard to see why.

But first, let’s talk about why I found myself searching for new grow lights.

The lights I was using just weren’t working:

I was using cheap, poorly made lights, and it showed. I was experiencing burnouts and breakages within a year of using some cheaper models and found myself replacing them over and over again, which becomes very expensive very quickly.

Another common problem others have had is the growth of the top-heavy plant – when you use a light that’s too weak or doesn’t penetrate the lower leaves properly so they can’t photosynthesize.

With weaker lights, plants will often stretch out and grow towards any light source they can – this results in weak, top-heavy plants, and lowers your yield.

The final problem I and many others have experienced is the problem of hot lights. Although LED lights don’t get nearly as hot as some alternatives on the market, like HPS lamps, cheaper LED lights can get far too hot.

This decreases their lifespan and poses the danger of drying out your plants.

So, is there a solution?

As it turns out, there is! It comes in the form of a surprisingly low-cost series of lights, from Mars Hydro – a brand based in China that focuses on mixing high quality and low cost. This company strives to deliver professional quality, innovative products to its international market base.

Proof of their constant updating and modifications of their products comes in the form of the recent move from their ‘blurple’ range.

They have recently moved from their traditional ‘blurple’ full-spectrum LED lights, updating them in the form of the TS and SP ranges. We’ll go into the important upgrade these new lights saw in a little more detail below.

So, what’s so special about the Mars?

As I said above, the Mars Hydro website markets its lights in two ranges – the TS series and the SP series. Each line carries a number of different products, each of which has its own dimensions and abilities that will be good for you depending on your needs.

We’ve listed the two lines for you down below for a useful comparison, to help decide which line is the best for you.

First up is the TS series 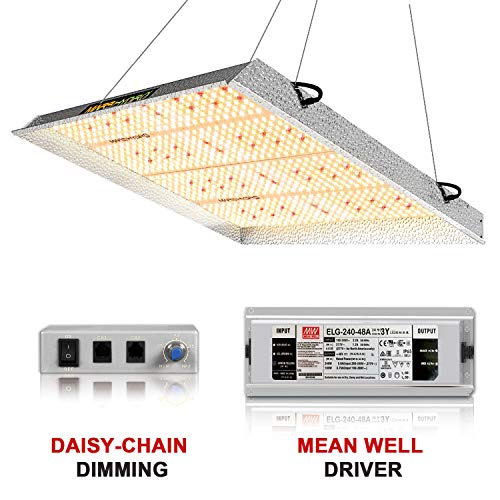 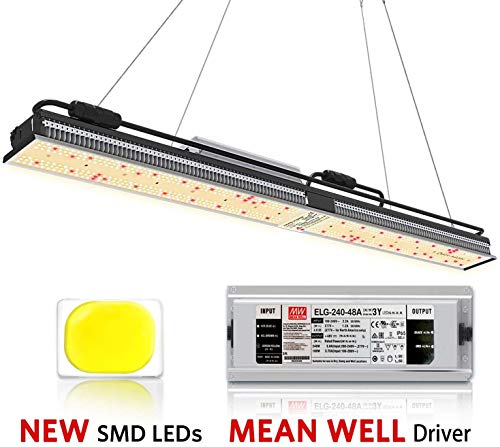 It boasts an impressively efficient output. While delivering an intense output (which translates into a higher price point), the SP series also has another feature not featured in the TS series.

The SP series features water-resistant protection to prevent damage to the lights. This is a must for high-humidity growing rooms, which makes the SP series an attractive line.

No brand is free from criticism, of course. In order to give you the best possible overview of this brand, we’ve compiled Mars Hydro into a handy list for you.

Pros of the Mars Hydro Products:

Not all of their lights are waterproof

There’s no power switch on the light

They can get hot

What do other customers think?

Other reviews from customers have been very complimentary. Customers are quick to note the high quality and the low cost, which is unusual within the market.

For anyone without the money to make a serious investment in higher-end products, these are a good option.

The output is adjustable, which can be handy for those using smaller growing tents who don’t need to take advantage of the full power of these lights.

Again, this just shows that Mars Hydro are interested in catering to everyone from casual hobbyists to professional growers.

One problem that some have mentioned is the issue of heating. The lack of fans on the SP line of lights means that they are much quieter than some other versions on the market.

This is optimal for those who are growing from the comfort of their own home, who don’t want the distraction of loud fans.

However, this means that the lights can get hot. Some customers have said that this isn’t a serious issue for them and that the only thing they need to consider is making sure their plants don’t get too close to the lights and get scorched.

For some other users, this has been a more significant issue. The raised temperature can seriously reduce your yield, so you may have to invest in another way of ventilating your lights.

So, should you buy this? And if you want to, where can you find it?

Well, that depends on your growing needs. For the beginner grower or someone with a smaller yield, then this is an impressive starter to mid-range of lights.

While they don’t boast some of the impressive features of very expensive brands, for the everyday user, those features might actually not be useful at all.

Without adding these features, Mars Hydro is able to focus on the core aspects that make a grow light work well. They are constantly updating their range of available lights, improving on the lights that are already available.

The newly released SP 3000W is a great example of this – it’s being marketed as an improved version of their 250W model.

For the hobbyist or beginner, this is a great option when you consider the cost/quality payoff. Starting at just $79, these lights are surprisingly innovative, working to generate a high output.

Mars Hydro have also worked to make their lights more effective, moving away from the traditional purple/blue spectrum of lights to simulate sunlight, an unusual and unique feature.

Finally, a feature that sets them apart is the SMD LED technology, which is growing more and more popular against traditional LEDs. These LEDs allow for a fuller color spectrum, allowing the brand to give you that simulated sunlight in your grow tent.

So, if you choose to buy these lights, where can you get them from? They’re available on the Mars Hydro website, and their range can also be found easily on amazon.com.

So, what do I think of Mars Hydro?

While the market has become saturated with cheap, low-quality brands in recent years, it has also got a lot of good quality lights that are very expensive. As someone with a low budget, who can’t justify a large expense like some brands demand, those lights are out of reach.

Mars Hydro balance that desire for high quality with lower cost, to give their customers the best of both worlds. Of course, there are some features that you wouldn’t find with more expensive brands, like the lack of fans and the lack of a power switch.

For more serious, professional growers, this brand may be one that you stay away from for that reason.

However, for the average, everyday grower, or for someone who is new to growing and doesn’t want to make a large investment straight away, this is an attractive option.

Many people choose cheaper lights when they get started, and as a result, a lot of people end up getting stuck with low-quality lights that will need replacing in a year. In order to avoid going through this process, I think the Mars Hydro range of lights would be a better investment. Welcome to HomeGardenGift.com, where you can find tips and tricks on how to grow and maintain a beautiful garden. To learn more about me and my gardening passion, please click here.

HomeGardenGift.com is a participant in the Amazon Services LLC Associates Program, an affiliate advertising program designed to provide a means for sites to earn advertising fees by advertising and linking to Amazon.com.

HomeGardenGift.com participates in various other affiliate programs, and we sometimes get a commission through purchases made through our links.